At the best of times, you’d only have to repot your peace lily when the roots outgrow the pot and become rootbound.

This happens about once every 3-4 years when the soil needs to be refreshed. This is a normal part of the life cycle of all peace lilies unaffected by diseases like root rot.

At the worst of times though, repotting your peace lily could be the only way to save it if the roots become rotten.

This can happen at any time. For new gardeners especially, knowing how to repot a peace lily with root rot can make all the difference between binning the peace lily plan and a home full of thriving peace lilies.

While the focus of this article is about how to save a dying peace lily affected by root rot, it also contains closely related issues like the causes of root rot, the symptoms, and simple care and prevention tips. 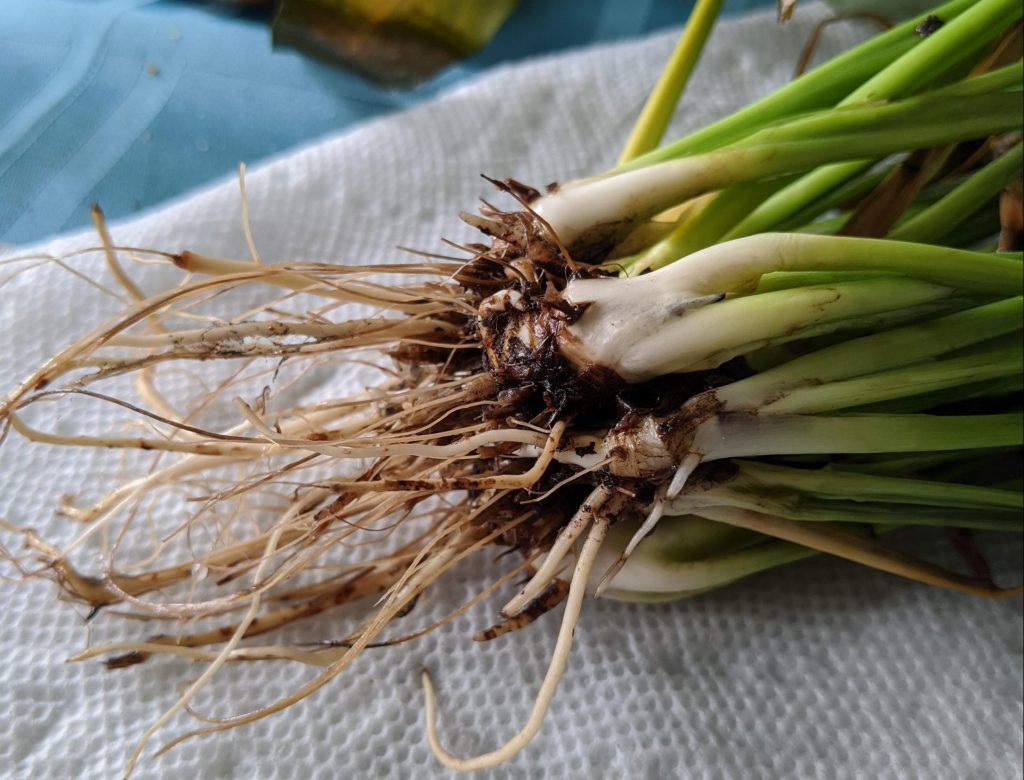 How To Repot A Peace Lily With Root Rot

They are mostly grown indoors if most of the tropical conditions necessary for growth are replicated. The soil though must be well draining and frequently kept moist as opposed to soggy.

Soggy soil is the first step toward root rot. Generally, most plants, including peace lilies, hate sitting in soggy or over-watered soil.

Soil with too much water creates the perfect conditions for opportunistic microorganisms in the soil to proliferate and wreak havoc on the roots.

To be clear, these harmful microbes are always present in the soil. But as long as the soil isn’t soggy, they remain dormant and harmless.

For the peace lily, it is possible to avert a disaster when root rot occurs if the problem is discovered early and the remedial actions taken as soon as possible.

As soon as possible should be within a week of discovery or the disease would spread and destroy the plant.

Saving a peace lily with root rot can’t be successful without repotting.

Before discussing the specifics of how to repot a peace lily with root rot, let’s take a quick look at the symptoms and diagnosis of peace lilies infected with this fungal disease.

As already stated, soggy soil is the main cause of root rot in peace lily. But this is just one part of the whole story.

With a simple watering routine, it is generally easy getting the irrigation aspect of peace lily care right.

That is, water the soil only when the top 1 inch is dry. The interval between watering sessions could be as long as a week or even longer in the winter.

That said, if the soil doesn’t drain well (think heavy soils), the drainage holes are blocked, or the pot is too large for the roots, it could still become soggy for the roots irrespective of the watering schedule.

The second part involves the activities of soil fungi like phytophthora, pythium, fusarium, and Rhizoctonia.

These fungi are always present in the soil but stay inactive or dormant.

Soggy soil provides the right environment for their growth in and around the peace lily’s root system.

Their metabolism progressively decimates the root system causing decay. If untreated, the disease spreads upwards to the rest of the plant.

Whether the rot spreads to the rest of the plant or not, if the whole root system is affected, the peace lily can’t be saved.

So the trick to saving peace lily with root rot is to recognize the early symptoms and act fast.

Why Is My Peace Lily Leaves Curling? [Common Fix]

Because the disease starts from the roots, vigilant gardeners have to look to the stems and leaves above the ground for signs of root rot.

The initial signs of root rot are likely to show up in the leaves. The leaves would start turning yellow.

Wilting and dropping of the leaves is common too; the result of insufficient water and nutrients reaching them from roots compromised by the disease.

The peace lily stems too are not left out. The upward spreading root rot turns the stem softer and you might also notice signs of discoloration.

How to Confirm Root Rot in Your Peace Lily

Before rushing to repot the plant, you’d need to confirm that the symptoms are caused by root rot.

To be clear, the wilting and discoloration of leaves and stems can also be caused by other factors.

First, carefully unpot or remove the rootball from the container. Then, gently shake off just enough soil from the root ball to expose the roots and examine the exposed roots closely.

Healthy peace lily roots are light grayish and firm to touch. While roots affected by root rot tend to be darker in color and soft or mushy when touched.

Also if you sniffed at infected roots, there is an unmistakable foul odor.

If these signs are present. You can now go ahead to treat and repot your peace lily. How to Treat and Repot Peace Lily with Root Rot

When it comes to saving a peace lily infected by root rot there are three basic stages involved. These are:

You should have the following items handy:

If you have already unpotted the plant while checking for root rot, you can skip this stage and move on to the next phase.

That said, the process is the same as described above for confirming root rot.

At this point, it is worth mentioning that you can only proceed to the next stage if there are healthy roots left.

If all parts of the root system are infected, the only option is to dispose of the plant and potting soil.

Discard the old potting soil and wash the old pot with soap solution to disinfect it.

Rinse thoroughly and allow it to dry if you want to reuse it immediately.

Don’t rush this because you have to remove all infected roots.

Missing a single infected root would re-infect other roots after replanting.

Keep in mind that your peace lily would look droopy at this point.

But that is okay. With proper care and maintenance, it would perk up again in the coming days.

The combination of soggy soil and the activities of soil fungi is the main cause of root rot in most plants including peace lily.

If the problem is discovered early before the root system is completely affected, salvaging the plant is possible and this involves repotting it.

Taking action immediately is crucial though.

Before repotting a peace lily with root rot, you’d have to confirm that the plant is indeed suffering from the disease.

Symptoms like yellowing leaves and wilting can indicate the presence of root rot.

But unpotting the peace lily and examining the roots for decay is the only way to get confirmation.

OhGardening.com is a participant in the Amazon Services LLC Associates Program, an affiliate advertising program designed to provide a means for sites to earn advertising fees by advertising and linking to Amazon.com.